Funds for a sibling suffering from Chronic Kidney Disease

Hello my name is Patrick V. Oquendo, from Iloilo City, Philippines. I am writing in behalf of my sister Sarah who suffers from diabetes and is already a CKD stage 5. Maria Sarah Bridget Oquendo was a miracle baby when our mother gave birth to her (she is the youngest with 3 older brothers and 1 sister), our mother was a type-2 diabetic and took many medications while she was carrying Sarah during her pregnancy, the doctor even suggested that she have the child aborted, for her health, but our mother did not agree with it. She knew the risks and the possibilities of giving birth to a child with defects but she feared God more and decided to go on with her pregnancy. 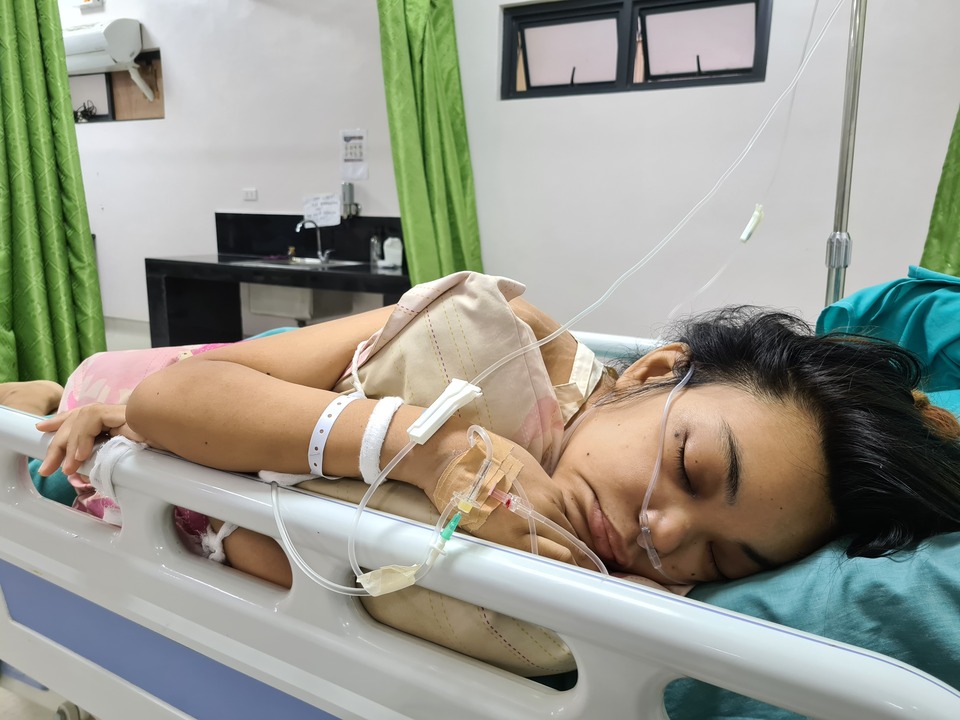 Our sister later was delivered normal on June 10, 1993. However, as our sister was growing up she had to wear thick eyeglasses as she had poor vision and later she developed an asthma. Every time the seasons changed from rainy to summer (we live in a tropical climate) she will have asthma attacks that would get worse and we eventually end up bringing her to the hospital for treatment; nebulizers can only do so much. So at a young age she already received lots and lots of antibiotics and steroid medicines. My sister is now 27 years old, single and still has her whole life ahead of her, all of us in the family inherited our mothers disease, 2 of our brothers already died because of complications from diabetes.

Both our parents already passed on, our mother was on dialysis for more than 4 years  from 2004-2007 which took a toll on our family's finances, when our dad retired from his job all his retirement benefits went to paying off his debt from medical and hospital bills. He had to sell properties just to keep the family afloat. Our mother died on April 2007 on a Good Friday. 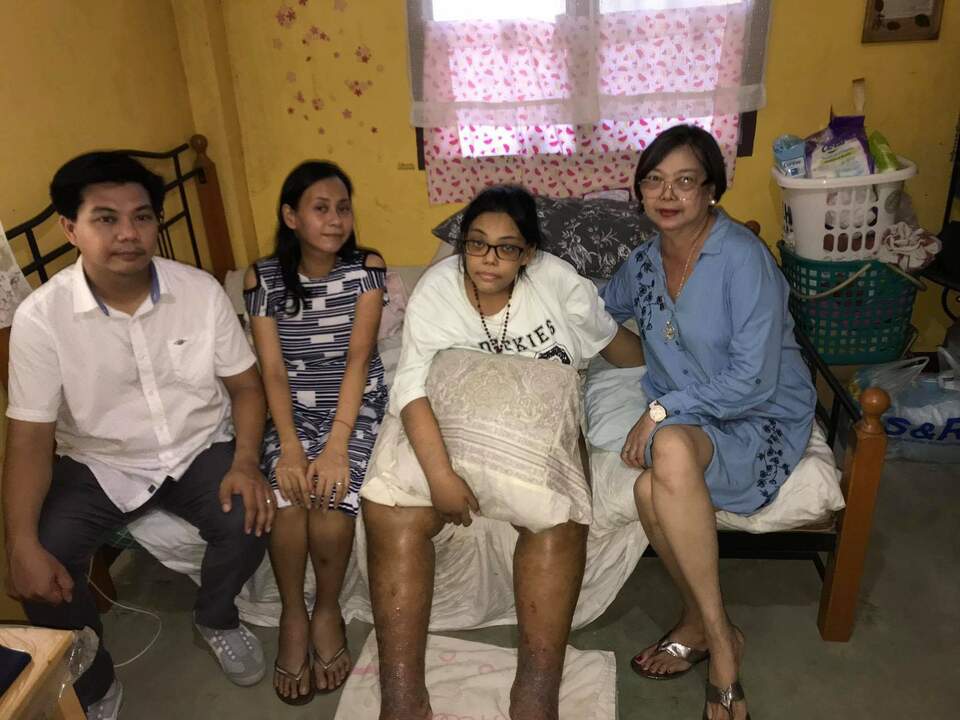 Our father, later died from cirrhosis because of stress and depression (although he was before a colon cancer survivor) , this was after the death of the second brother in the family who died on June 10, 2017, Sarah's 24th birthday,  he didn't survive after his right leg from his knee down was amputated. A few months later our father also passed away on September 4th. We were so devasted of those events and we were left without any money.

Of the 5 of us siblings only one of us was able to graduate and find a job, me, but the rest of my siblings did not finish their degree and were all jobless. Our eldest brother worked as a bar musician but was only making enough for himself, he later developed CKD because of too much stress from his work as he was working nights; he wasn't taking any medications. Later, he took in Sarah to be the one to help him and care for him, I was against it because my sister Sarah was also already showing signs of kidney disease (she had been hospitalized as well before all this), he was already undergoing hemodialysis treatment. Being peniless and all, he borrowed much of my savings and salary loans to help pay for his hospital bills and medicines. On October 30, 2019, he too died. My sister Sarah suffered so much stress while looking after him and now she also has CKD stage 5. The story of our family is a tradegy, we have been literally begging for support from both family and friends. I on the other hand am just a low ranking, low paying employee and I honestly cannot handle all of the financial burden alone.

Currently, the elder sister is caring for Sarah however she too is not in good health and has two small boys aged 9 and 3 she has to care for as well. We just recently got out of the hospital in October 2020, Sarah is also suffering from hypothyroidism rendering her unable to stand at all. She has gained so much weight from the fluids from her abdominal area down to her legs and has developed into cellulitis. It's really hard to manage her needs and we don't know how we will be able to provide her in the coming days.

This is probably our last hope to ask for good people to help support us to regain her life back. She was already looking forward to working as a kitchen staff but the misfortunes in her life and ours have prevented her from doing what she loves. I hope people will see and take pity on my sister. Please give her hope through your support.

The amount we plan to achieve is PhP300,000.00. I believe this amount will help pay for her on going medication and help defray other expenses for the next few months while she starts to regain her health.

My sister was recommended for dialysis treatment but seeing firsthand how her brother and our mother who experienced the same, she waived against the procedure and opted for a natural way to recover. We have started her with herbal supplementations that have also worked with other CKD and patients undergoing hemodialysis who have recovered and stopped doing HD treatments,  there have been true testimonies to this and we also would like that for her, she hasn't given up on treatments but chose the one that will not only delay the progression of her disease but will also help improve her quality of life.

I would be happy if you could use the [Help by sharing] button to share about my project!