Hello, how are you? I transcribe text published by the patient (my daughter)

"Hello, my name is Griselda and I would like to tell you my story a little. On December 31, 2013 I was diagnosed with Hodgkin's Lymphoma (growth of lymph nodes in the armpit neck, groin and organs) I was in 2nd grade, and started my chemotherapy treatment at the child's hospital that lasted 8 hours every fifteen days, a year and a half after the chemo they gave me radiotherapies that were every day at the university hospital in Monterrey. After this I was discharged, I remember that at that time I was in third grade of high school but the year was about to end I liked it I can go to school every day and enjoy my last days there, I graduated and went to high school ; the first year everything went well but when I entered the 3rd semester I knew that it was not good and until now I regret a lot of quiet failure, it was until once I had a pair of pants attached and my mother saw me as I was marked a ball in the groin, we went back to the doctor and told us what I feared so much I had a relapse with metastases in the back (what does it mean that the cancer was also lodged in the vertebrae of my back and the more I could grow it could break / injure these ) with everything in fear of the world they gave me my first chemo of relapse on January 30, 2018 that these were 3 and lasted 1 week, they were so strong that they lowered my defenses and platelets to 0 and thanks to publications on FB, family, etc. many people approached to donate blood. Then my oncologist sent us to Mexico City for a bone marrow transplant where we were a month and thank God everything went very well; I spent some months with medications and unable to leave my home and therefore I stopped studying for a semester, as soon as the doctor told me that I could gradually resume my daily life present exam for the career of Architecture at the Autonomous University of Coahuila. Everything was going well, I had already entered the career that I wanted, and I thought that everything was over, a short time later they sent me to do a study and the results said that it was not yet clean, I had Cancer in some small parts of my body . At this point I had already been given chemotherapies, radiotherapies, more stronger chemotherapies and a transplant that this was already the last treatment to treat my disease. My doctor never left us and I can investigate new medications and for her we found the Axios takeda program that donates most of the brentuximab drug that is very new and therefore very expensive, again God working in our lives came to us a foundation called CHILDREN WITH LEUKEMIA who looked for sponsors and they paid 1 application (its cost was $ 70,000) of 16 that was going to have. In the application 8 they do studies to me and the result was that my cancer was static it did not advance but it did not disappear either, I think this was the worst news that I have received in my life, because I knew that this treatment was the newest since it was already outside my hospital and my doctor. Thank God and I say it from the heart In the middle of a consultation God put at the right time a doctor of greater knowledge who entered the office and told the doctor that he was consulting me to tell him about my case, the doctor who was consulting he told me that they had just done a study and the result is static and was already more than half treatment, and the doctor with more knowledge told him that he will tell us about Nivolumab, according to what they told us is a medication that has just come out and that together with brentuxi could help me a lot, now that all my faith and I think that of my family and doctors is put in that medicine, but the problem is that it is very expensive and for the short time that there are no programs that help you get it; Minimum we need 6 applications and each one costs ($ 60,000). That is why I wanted to make this publication sharing a little of my life (which I would like it to be a little longer) and asking if they wanted to put a grain of sand to our collection, (with what they want 20 pesos, 50 pesos) that the goal is very far away but as the doctor said it is to give everything for everything, my mother's number is 8442360671, thanks🙏🏼✨ " 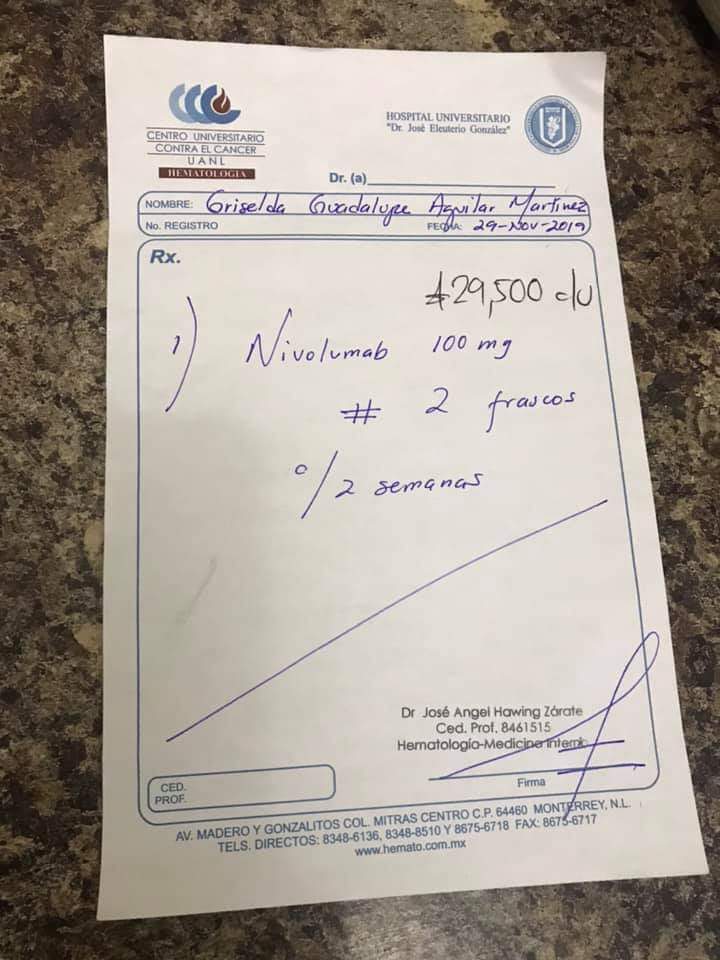 The cost of treatment is in Mexican pesos. 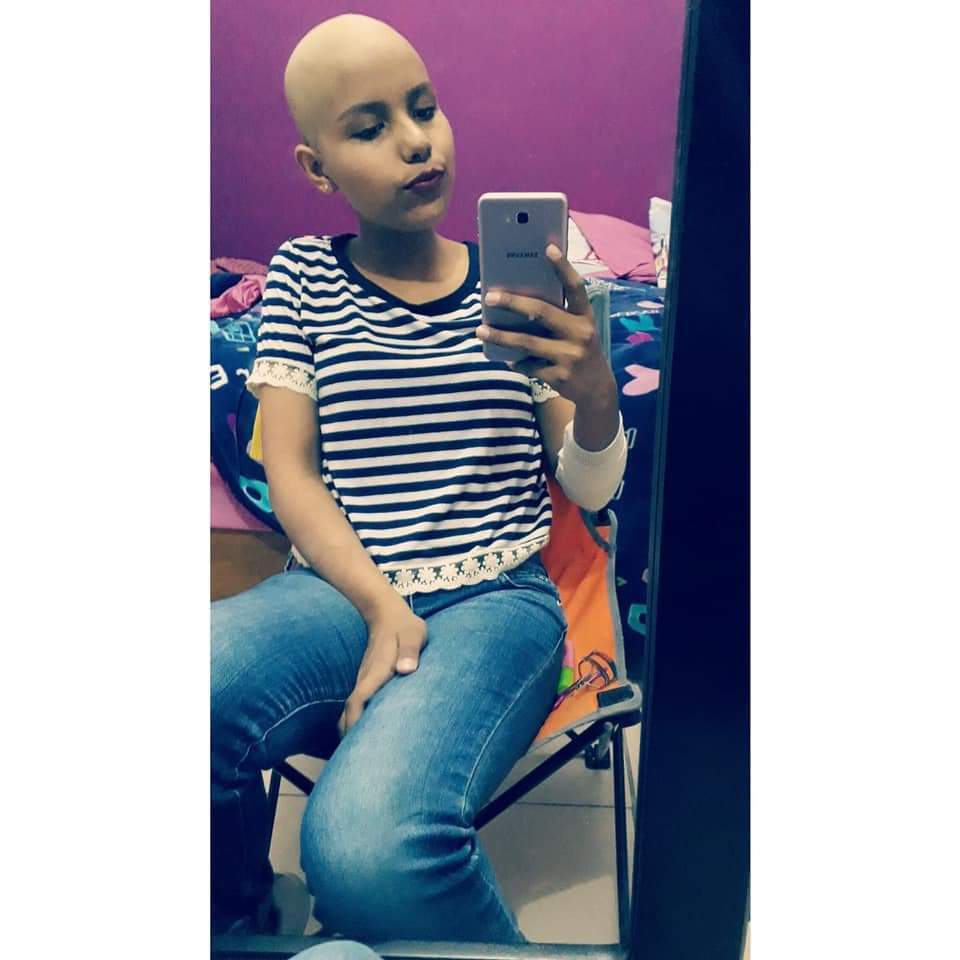 I would be happy if you could use the [Help by sharing] button to share about my project!